Horizontal rails are requested to achieve a certain look for your home. Typically horizontal rail systems are made with pipe and are commonly seen in an industrial application. At RailPro we’ve designed horizontal rails with not only pipe but with a number of other shapes. The advantage of working with RailPro is our design experience. We know what works and what doesn’t. Let us help you make your horizontal rail an eye catcher for your project. 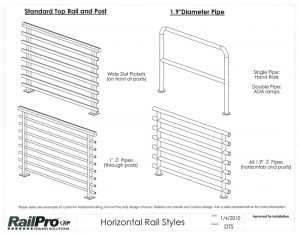 A popular horizontal rail design that we’ve built is made with a slat extrusion welded to the face of the post. We’ve also used square extrusion as well as the combination of square posts and pipe horizontals to achieve the best horizontal rail system.

All horizontal rails are more expensive than the standard picket rail or glass rail. There are a number of reasons for the higher cost. Some of these are:

We are often asked if horizontal rails are allowed by code or are if they safe. As of the 2012 IRC and IBC codes, there is no restriction regarding horizontal rails. It is possible that a local building code may have been written with such a restriction, although we are not aware of any such case. If you are considering horizontal rails you should confirm that your inspector will allow this design. RailPro is not responsible for checking on any local codes.

Climbable Railings or the Ladder Effect

After a three year study of climbable guards, including 13 open meetings, the International Code Council’s (ICC) Code Technology Committee (CTC) concluded in its May 12, 2008 report that the most current and thorough documentation available shows no indication that a problem exists and that there has not been sufficient justification established to mandate a higher level of climb-ability restriction on guards than what is currently required in the 2006 ICC codes..” Current ICC codes do not prohibit climbable railings. 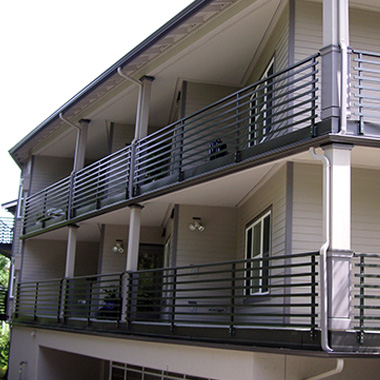 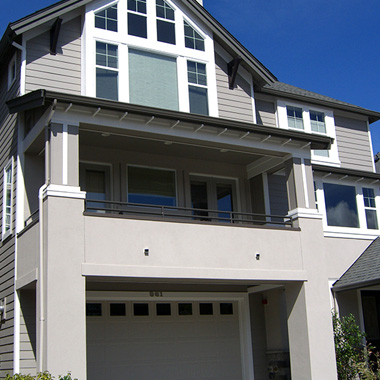